What Else Is Wisdom 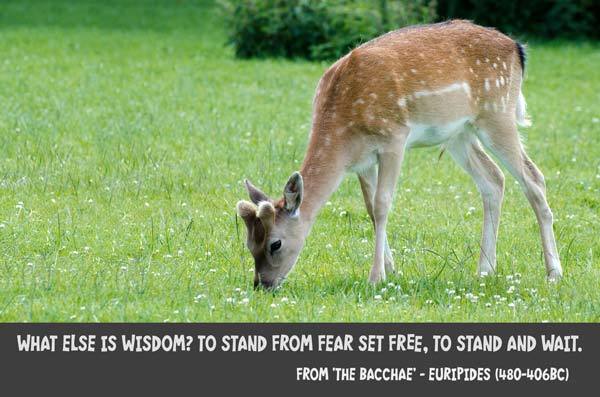 Covent Garden off The Strand in London is known all over the world for the Royal Opera House. It is also known for its cafes, restaurants, and craft shops.

But perhaps the thing that most people enjoy there are the street entertainers who perform in the Square.

Whenever I am there watching the performers or just walking through, I can't help but notice that on one side of the Square there is an imposing neo-classical building.

It has four stone pillars at the front - two round and two square - that support an overhanging pediment. Then, set back behind the pillars there is a large door.

I tried the door on one or two occasions, but it was always locked.

Then one day when Tamara and I were walking down a side street off Covent Garden, we ducked down a narrow pedestrian alley just to see where it led.

We found ourselves at the back of the building I had seen so many times from the front.

Here the door was open and we entered St. Paul's Church at Covent Garden, built in 1633.

It is known as the actor's church because it is near to the theatres in Drury Lane and because many famous stars of stage and screen had their memorial services there.

Inside there are memorial plaques to - among others - Charlie Chaplin, Noel Coward, Gracie Fields, Vivien Leigh, and Sybil Thorndike.

There was also a plaque in memory of Lewis Casson, who was a director whose name I didn't know, but I was moved by the quotation on his plaque - which is the quotation we used on the ecard image above.

The quotation comes from The Bacchae, which is a Greek tragedy that tells the story of a king and his mother who are punished and destroyed by a jealous god (to whom the king is related) for their failure to acknowledge him.

The quotations strikes me as a powerful statement of the human condition.