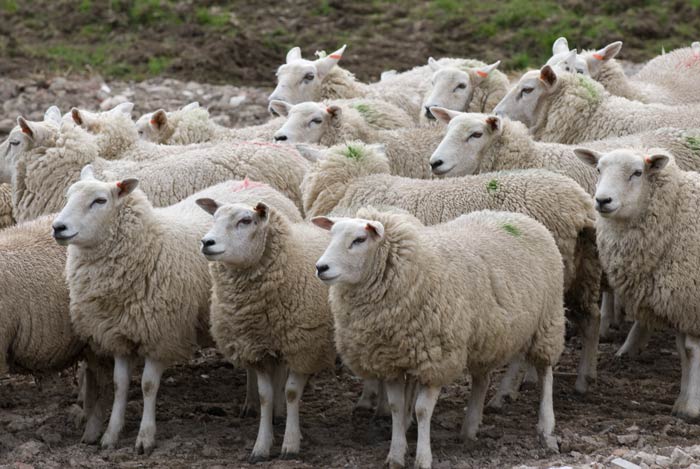 When they are half a field away, ewes know their lambs and lambs know their mothers by their bleats. But if you are a farmer rather than a sheep, then you need another practical, quick, and simple way to identify your sheep.

When sheep are fenced in a field, then the only sheep that need quick identification are strays that manage to escape the field. That happens a lot with some breeds, whose only purpose in life is said to be a desire to push themselves through any opening that presents itself.

Of course, it’s a different story on open, unfenced ground where flocks can mix freely – such as up on the hills of Northern England. Up there it’s the whole flock that can become mixed in with other flocks.

In former times, knowing which sheep belonged to who was important also on Common land. Common land was land that was owned by the village as a community. The village made communal decisions about planting and grazing, including when sheep were let out to graze. And when that happened, sheep from different flocks mixed freely.

Then the Enclosure Acts of the 18th and 19th centuries fenced off the Commons and passed the ownership from the local community to one farmer. Some called it highway robbery; some called it the march of progress.

But whether for strays or whole flocks, how was a farmer to know which were his sheep? From close up he would know them by their lug marks – distinctive cuts to the lug of their ears. But from far away, the farmer or the shepherd needed a different method. 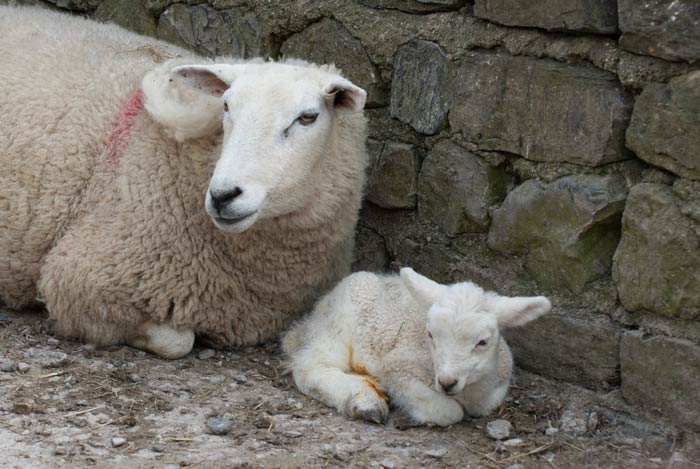 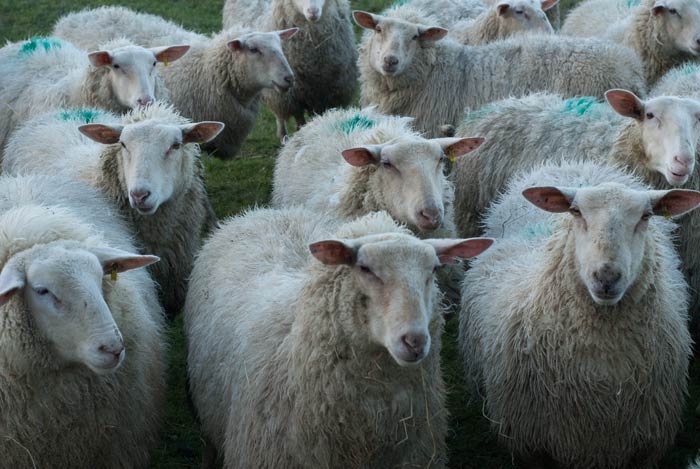 If you have seen sheep in the lowland fields and on the hills in the UK you may have noticed the paint marks on their fleeces. They are smit marks and farmers have been using them for hundreds of years to identify who sheep belong to.

A daub of paint – perhaps two marks of red or one of black – nearer the haunch or the shoulder. From these a farmer would know which were his sheep and which belonged to his neighbour.

The paint was a mixture of a pigment to give the colour and grease or whale oil to make the mixture stick.

The pigment might be powdered iron ore or graphite or powdered stone. Farmers used pigments rather than natural dyes because they would retain their colour over the year and not be bleached away by the sun.

Of course, once a sheep was sheered the process had to be repeated. This shorn sheep could be asking what happened to its smit marks… 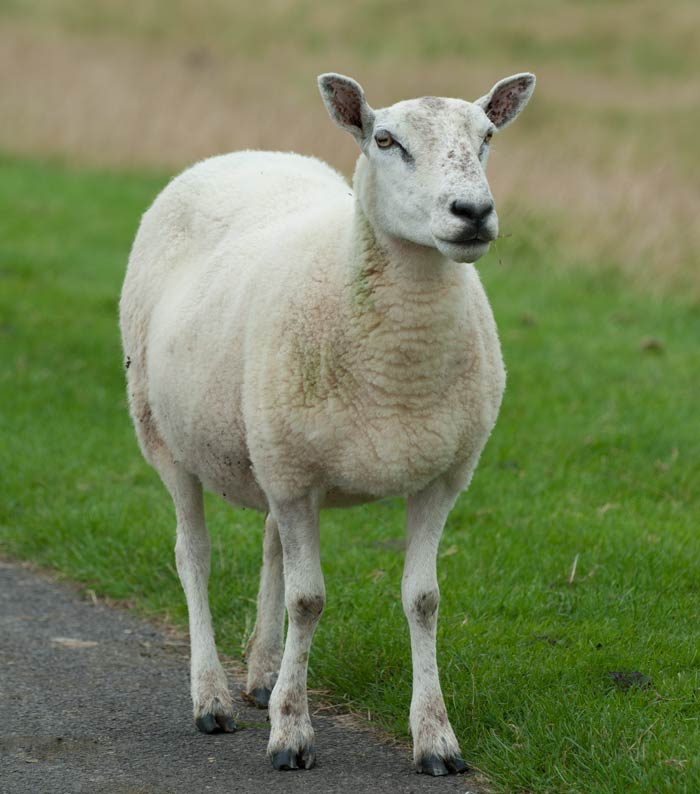 A Guide To Smit Marks

Smit marks were complex. There were crosses and dots and stripes of colour on the back, the neck, the haunches and on the near side and the far side of the sheep.

And which was the ‘far’ side? Well, if you imagine a sheep standing sideways to you with the head to your right, that is the far side.

With all that complexity it is no wonder that in 1817 Joseph Walker published the first manual of smit marks. He published the manual for his home area of Martindale and the surrounding valleys in the Lake District in the north-west of England.

His guide was so popular – so popular that over the next 80 years or so other farmers published guides to many other parts of the country.

The need for a guide is not surprising bearing in mind the number of sheep. Even today with much reduced numbers there are still around twenty million sheep in the UK.

In the 21st century, sheep are required by law to have digital tags implanted under the skin. Their main use is to identify a sheep when disease strikes and action needs to be taken quickly.

Flocks are transported long distances for mating and to sell at auction. And the Lake District is just a few hours away by wagon from the south coast nowadays.

The result is that disease can spread rapidly all over the country. This happened in the terrible foot-and-mouth disease epidemic of 2001 in the UK.

Foot-and-mouth disease affects pigs, cattle, deer, and other animals, and in the 2001 epidemic around ten million sheep and cattle were slaughtered and their carcasses burnt in an effort to halt the disease.

But even with implanted tags, farmers today use traditional smit marks to know at a distance which sheep belong to them and which to their neighbours.

It’s mostly chemical dyes that are used nowadays, and as you can see from the photo at the beginning of this article, the chemical dye on these sheep is a nice shade of green.

But what about this Swaledale ewe with a large smit mark in a lovely shade of ochre. The mark could easily be iron ore with its reddish colour. Perhaps it is. 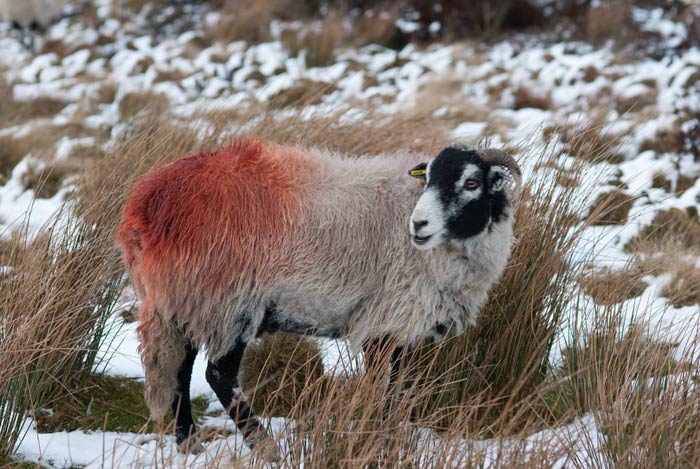 So next time you are out in the countryside, remember the smit marks that trace their history back hundreds of years to a different England, a different UK.

Hefted To The Hill

Did you know that some sheep are ‘hefted to the hill’ and do not stray? Read Beatrix Potter and Herdwick sheep about that breed of sheep in the Lake District and how the famous author and illustrator Beatrix Potter saved them for future generations.