Puffins On The Isle Of May 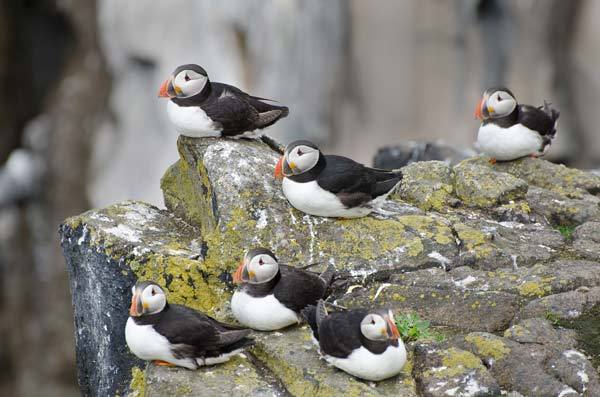 The Isle of May is a tiny sliver of an island in the Firth of Forth, north of Edinburgh.

It is a protected sanctuary for birds and home to thousands of sea birds of which puffins are probably the stars.

The story of puffins on the Isle of May is, in a way, the story of the divisions in the world.

Is it too much of a stretch to think of the island as a sanctuary surrounded by a hostile world of habitat destruction, exploitation, and pollution?

There was a time when the encroachment was a worrying threat on the horizon: Now it feels as though the polluters have taken control and it is the conversationists who are fighting a rearguard action.

The damage caused by these things has been known for decades, yet for the most part the damage continues.

And meanwhile, the puffins continue to sit on their rocky ledges, looking out to sea.

Click this link to read more about the puffins and our visit to the Isle of May.