Lonely Planet – the publishers of the world-famous series of travel guides for the independent traveler – has chosen to showcase our travel articles on its online travel site.

Because we had been using Lonely Planet travel guides ourselves for years, we were doubly glad to be chosen as one of a number of travel-writing sites whose travel articles featured on Lonely Planet under what was dubbed the Blogsherpa program.

The name Blogsherpa is, of course, derived from ‘Sherpas’ – an ethnic group from eastern Nepal who specialize in carrying loads for expeditions to the Himalayas.

Our role at Lonely Planet was to do some of the ‘heavy lifting’ – to write articles that would appeal to travelers. The arrangement helped Lonley Planet provide experiences from people like us who had ‘made the trip’ – and it helped us by increasing exposure for our websites.

The Lonely Planet travel guides have a certain rawness that is unmatched by an other travel imprint.

For example, if you want to know where to catch a little plane out to the San Blas islands in order to get around the impassible Darien Gap in Panama – Lonely Planet has the information.

From Panama To Colombia

That’s how I navigated the Darien Gap en route to Colombia. I remember flying from a small airport outside Panama City, and landing on a grass strip on the San Blas islands.

As I walked into the village, I saw dozens of bright blue crabs scurrying into their holes – all save one that a young boy trapped in the open by throwing his spear so that it neatly blocked the hole to the crab’s burrow.

He picked up the crab, and I wondered whether it would feature in a meal somewhere later that day.

I made a friend on the island – a commercial traveler from Ecuador – and he and I hitched a lift by powered dug-out canoe from the San Blas Islands to a spot further down the coast of Panama beyond the Darien Gap.

We set off before dawn, out into the Atlantic with the tips of the waves high above in a vast shiny black circle around us.

One memorable tip from the guides that Tamara recalls was when she was living and working in South Korea. The guide suggested that readers might join the Royal Asiatic Society.

She joined the society and visited many places, from Buddhist temples deep in the countryside to the site of one of the world’s first printing presses.

She met interesting and varied people and gained an education about things of which she would have been unaware otherwise.

The Story Of Lonely Planet And Tony And Maureen Wheeler

As I explained in our 2010 article, Lonely Planet was started by Tony and Mauren Wheeler in the early 1970s when they published the story of their overland trip by car from London to Australia.

They continued to travel and write, and their guides grew to be the foremost guides for anyone who wanted to leave the beaten path with reliable information about transport and how to get to out-of-the-way sights.

Then in 2007, Tony and Maureen sold a 75% stake in Lonely Planet to BBC Worldwide, saying they wanted to have more time to travel.

In 2011, BBC Worldwide bought the other 25%. From that point on, Lonely Planet became a quite different enterprise than it had been under Tony and Maureen’s direction.

We and our fellow Blogsherpas didn’t hear anything from BBC Worldwide about the change of ownership until early this month when we all received an email from Lonely Planet stating that:

As a member of Lonely Planet’s BlogSherpa initiative, we wanted to get in touch to let you know that as part of larger changes to LonelyPlanet.com we will be decommissioning the BlogSherpa programme during the month of December 2012.

Visitors From Lonely Planet To The Quillcards Blog

During the time that Blogsherpa has been ‘live’ we have received a steady stream of visitors here at the Quillcards Blog from our articles on Lonely Planet.

So the experience has been good for us and we are sorry to see it end for us and for all of us ‘Sherpies’.

The good news is that we Sherpies have banded together to form a community and are looking for new relationships with publishers.

For the moment though, we will be taking the little blue badge from the sidebar here on the Quillcards blog, with a fond ‘Farewell, and it was nice knowing you.’

Although the Blogsherpa program is ending, Lonely Planet also tell us that

The end of BlogSherpa is not the end for the relationship between Lonely Planet and bloggers by any means. We are currently building out new ways of featuring bloggers’ content and incorporating more guest writers, photographers and videographers into the Lonely Planet website more directly. We will communicate these plans very soon, so keep your eyes peeled…

Whatever the future holds, it remains the case that the Lonely Planet travel guides have helped us and educated us, and education make a flat landscape three dimensional.

So thank you, Lonely Planet – perhaps you will feature some of our future articles – and meanwhile we’ll keep on using your guides.

Here are links to the articles, together with some of the photographs we have taken on our travels.

Seeing Puffins On The Isle Of May

The Forth Rail Bridge 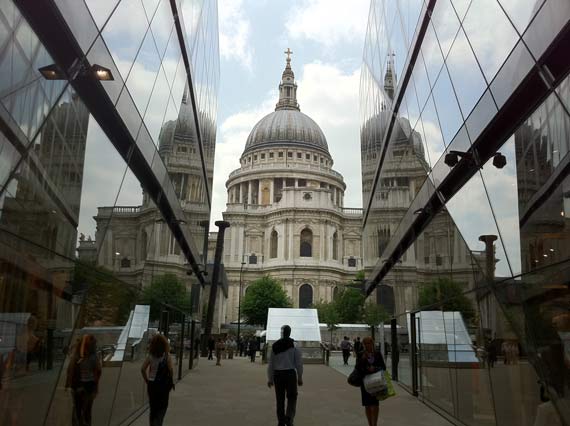 Changing Times In The Largest Indoor Market In Europe

Advance Planning For Spring Lambs In The Yorkshire Dales

The Best Of Leeds: Poverty And Grandeur

Up Close With Ponies On Dartmoor

Sarnath, The Deer Park In India Where Buddha First Taught

Both Ways Around The Roundabout: Traffic In India

A Package From India: From Cloth To Sealing Wax

A Guide To Gorkhaland

In Search Of Darjeeling Tea

A Surprising Sadhu In Haridwar In India

Looking Back At Bundi In Rajasthan

A Memorable Hotel In Udaipur

Dangerous Drains and A Magical Cultural Evening In India

Clothes Washing And Wedding Celebrations At A Ghat In Udaipur

The Jagdith Temple in Udaipur

The Itimad Ud Daulah in Agra

Cacophony And Calm In Delhi

Delhi: Getting Into Town From Majnu Katila

Quillcards Ecards – There’s never been a better time to join.