The guidebooks we read didn’t think that Pisa was that interesting, beyond the obvious attraction of the leaning tower of Pisa.

We found it a city that is much more than the leaning tower. It is very pleasant to wander the streets and broad boulevards. It has an entirely different feel to Florence; more open and spacious.

The Leaning Tower Of Pisa

Of course want to go to see the leaning tower and we got our first site of the tower as we walked down the street and turned a slight bend.

Oh boy, does it lean! 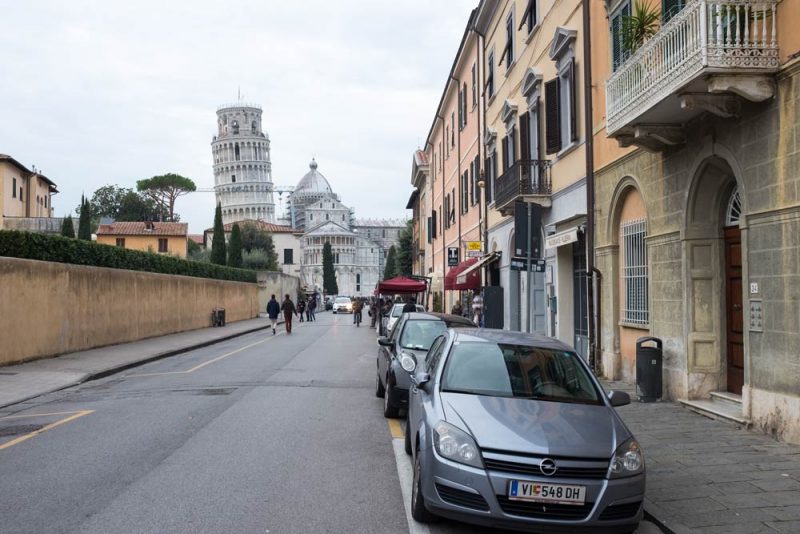 It isn’t always easy to convey the true look of something in a photograph. Cameras cause aberrations because they are not perfect. Camera lenses are a collection of lens elements designed work together to take photos of all kinds of distant and near scenes.

Then there are the distorting effects introduced by tilting the camera this way or that.

So it is not surprising that cameras sometimes distort the scene. Knowing that, we took particular care to hold the camera straight and level and not to tilt it upwards to get all of the tower in the shot.

Here is a shot where the people are upright, and the view of the ‘lean’ in the tower is pretty accurate. 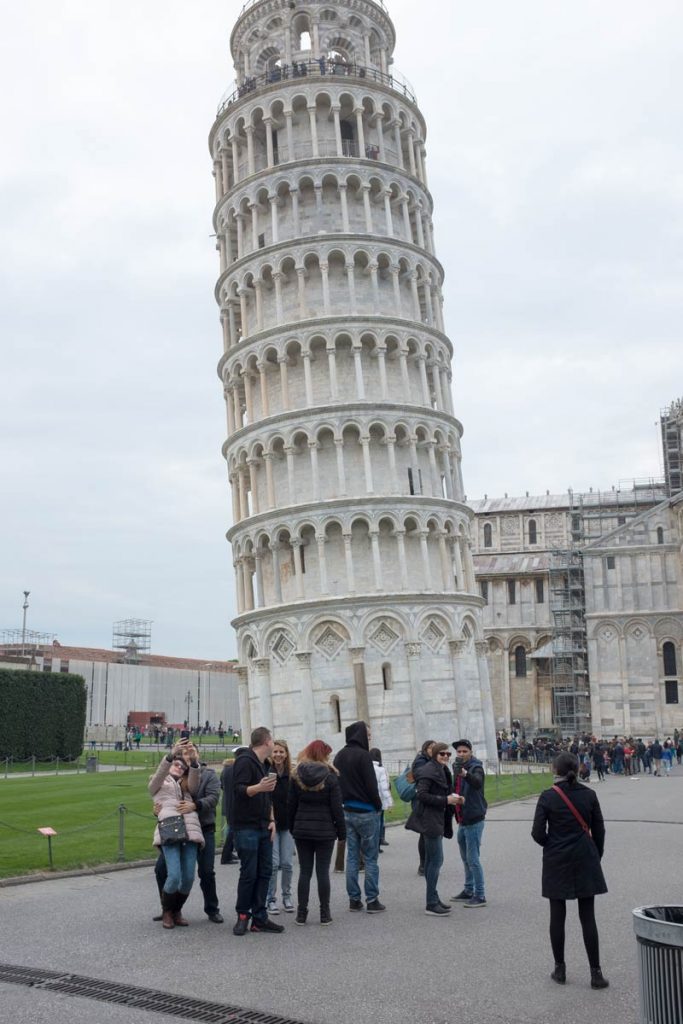 There was a question that was bubbling away in our minds, and that was to wonder what exactly the leaning tower of Pisa is? Of course, it is a tower. But what kind of tower and why was it built? 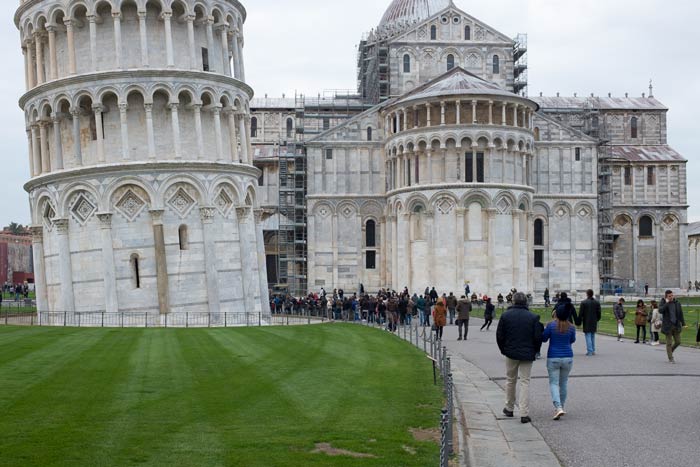 At the far end of the Duomo, again separate from it, stands a most beautiful building. It is the baptistry. Unlike the octagonal baptistry in Florence, this one is circular. It reminds us of a crown such as Charlemagne might have worn into battle. 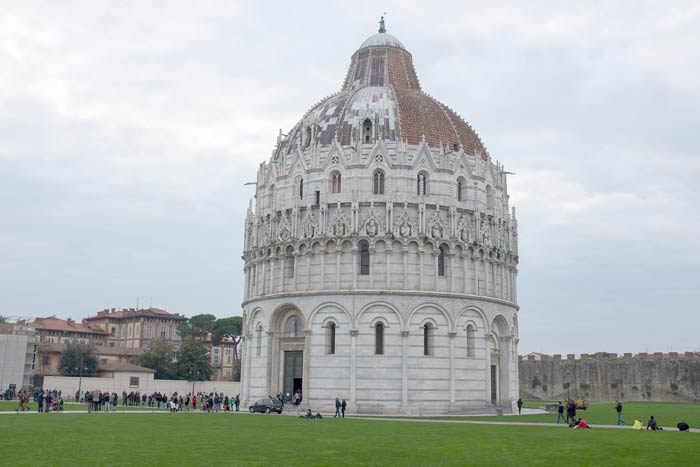 The River Arno at Pisa

Here’s a photo we took later that day as we crossed the Arno on our way to the train station. At just that moment, the sun shone briefly over the tops of the buildings and lit up the opposite bank.