Occasionally there is something to be gained by laying one photograph over another and blending them together. The Virginia Creeper in this composite shot was growing against the side of a garage in a small town on the south coast of England.

The image is laid over a shot of a newly cleared building site in the center of Leeds in the north of England. In the background, behind the building site, is a building that is emblematic of the new Leeds.

The technique is very simple. Lay one image over another as layers and cut back the top part of the top image (the Virginia Creeper) to reveal part of the image below. It is rather like making a collage, where one image is torn to reveal parts of other images – and from the juxtaposition to make something different from whatever any of the separate images represent.

The Origin Of The Word Collage

What is surprising is that although the technique is very old, the word collage itself did not come into use until around 1915-20 when it was coined by Georges Braque and Pablo Picasso to describe their compositions that included painted elements mixed with scraps of newspaper, bus tickets and other ephemera. 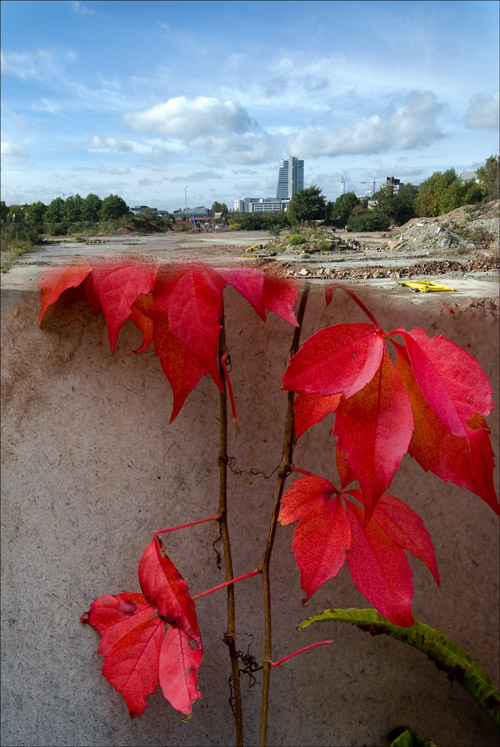