During the Edinburgh Fringe Festival, the Royal Mile – a long street in the center of the city that leads up to the castle – becomes a venue for artists to give the crowds a taste of what they are offering in their shows.

A Potted History Of The Century

Bepo and Co – circus performers from the Unwish Theatre – look back on the past century in their shows. They earned a place in my heart for the way they mimed situations – from standing on a precipice to being disappointed in love. 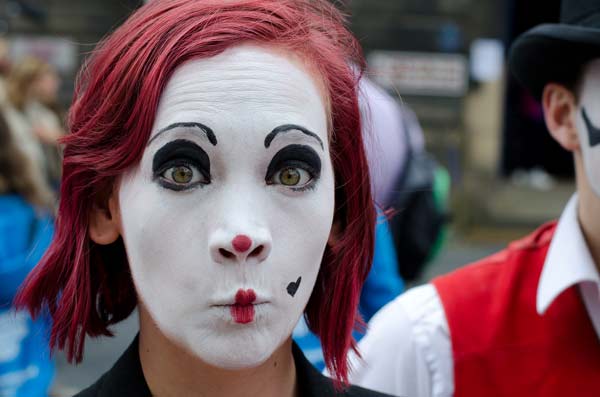 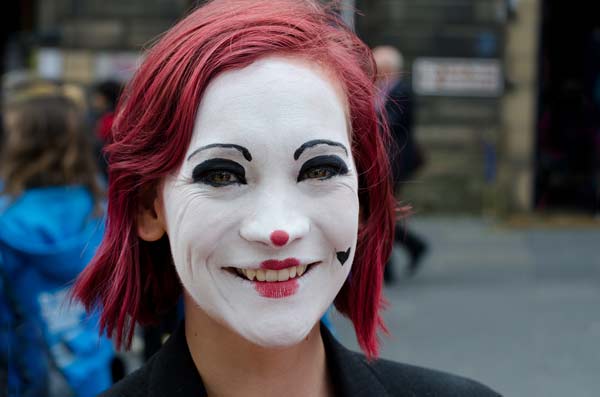 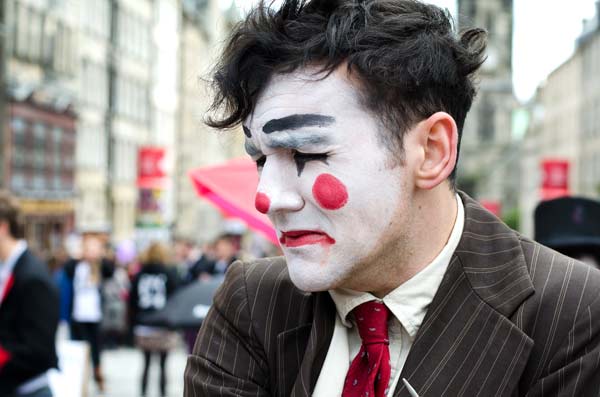 Gogol and Chekhov On The Royal Mile

The Fringe is not only host to modern theatre, but to the Russian masters as well.

Gogol
The cast from the Newbury Youth Theatre – with members seen here suitably framed – are appearing in a new adaptation of Gogol’s play The Portrait. 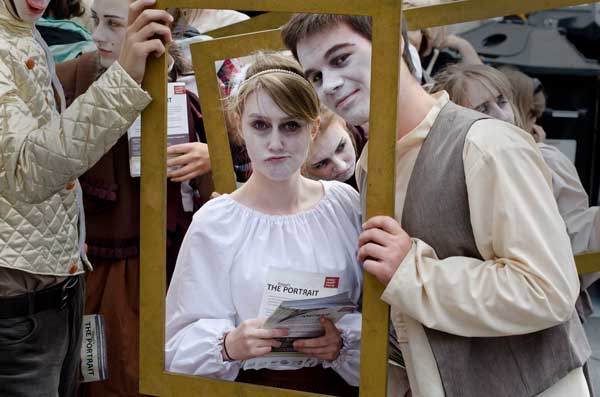 Chekhov
These fine gentlemen are appearing in Chekhov’s The Three Sisters. They are members of the Aurora Theatre Arts at Western Connecticut State University – which is an indicator of how international the Edinburgh Fringe Festival is. 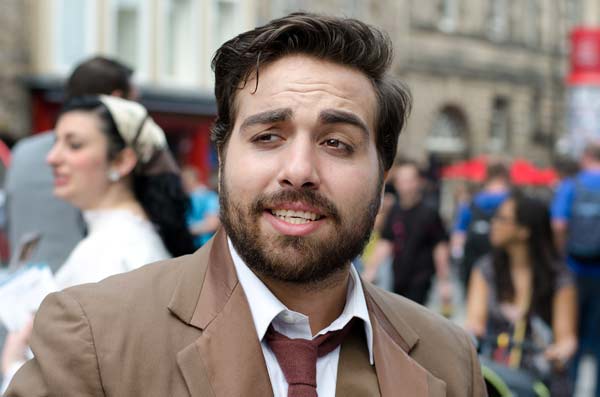 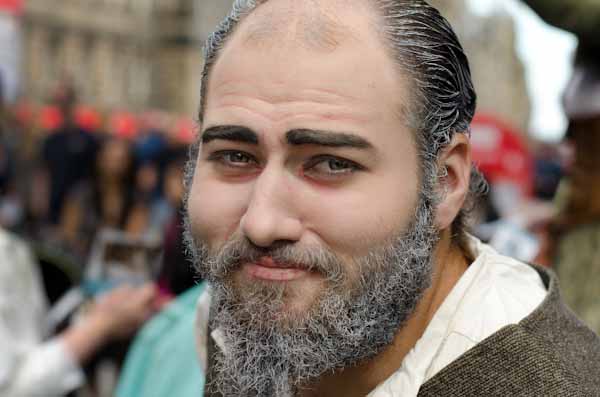 The troupe from Hamlet House Of Horror looked especially striking as they made their sonorous way up the Mile. Their version of Shakespeare’s play is in vaudeville style, using mime, satire and the original music of The Horror House Band.

This man was part of a theatre group standing with placards asking for hugs. I took his photo and then gave him a hug. I wish I could have photographed him as he broke into a big, infectious grin! 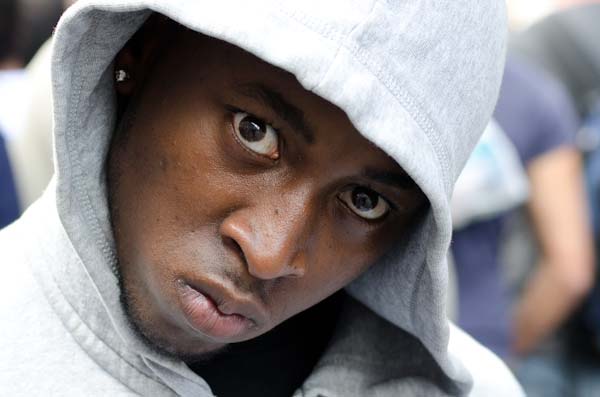 There are in fact several festivals running here in Edinburgh during these summer months.

Besides the Fringe festival – which has everything from comedy to theatre to piano performances – there is the International Festival with more mainstream arts (though the line is blurred between it and the Fringe) including performances this year by the Philadelphia Orchestra.

Then there is the Book Festival with talks and discussions with, among others, Tobias Wolff, Ben Okri, and with Ingrid Betancourt, the Colombian politician who was taken hostage by FARC rebels and held captive for more than six years.

There is the Jazz and Blues Festival – of which we caught the tail end – and the Art Festival with installations all over the city.

The Fringe Festival doesn’t represent all of Edinburgh, but one thing I notice is what a good and positive feeling in the crush and crowds on the Royal Mile.

I am told that the city gets its share of rowdy drunks on the Grassmarket late at night – but our experience is that the city is laid-back and the people are very friendly and engaging.

It makes me wonder whether this friendliness is what has contributed to the success of the Festivals in Edinburgh.

In contrast to the streets of London, for example, I saw just two policemen on the Royal Mile when I spent a few hours here watching performances, talking to people, and photographing the performers.

That is quite a testament to the Edinburgh festival – the largest festival in the world.