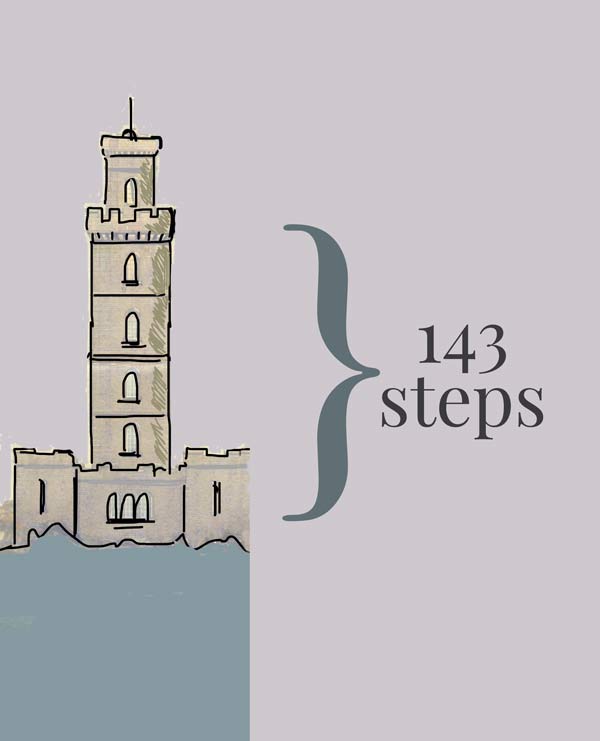 The Nelson Monument on Calton Hill

Climb to the top of the Nelson Monument on Calton Hill in Edinburgh and you get a certificate. It certifies that you have climbed the 143 steps of the winding staircase, up to the viewing platform.

If you think the monument looks like a telescope, you’d be right. It was designed to look like one and to commemorate Admiral Lord Nelson’s victory and death at the Battle of Trafalgar in 1805.

His fleet defeated the combined French and Spanish forces and was another of those ‘breathe again’ moments that Britain has had over the centuries, from the Spanish Armada, to the Battle Of Trafalgar, and on to the the Battle Of Britain.

The Battle of Britain was fought in 1940. It was an aerial battle fought for several months in the skies over England, and it has attained mythic proportions in the minds of those who lived at the time.

The Nelson Monument was completed in 1816, so the memory of the famous victory must have been as fresh in the minds of the citizens of the UK then as the Second World War was fresh and meaningful to those living in the 1950s.

That might go some way to explaining why anyone would design a building that looks like an upended telescope and place it on the hill that looks down on the centre of the city. Or to put it another way, a monument that is highly visible from Princes Street, one of the main avenues in the city.

This is a photo I took with my phone from the upper floor of the Apple store on Princes Street looking to Calton Hill bathed in sunlight. 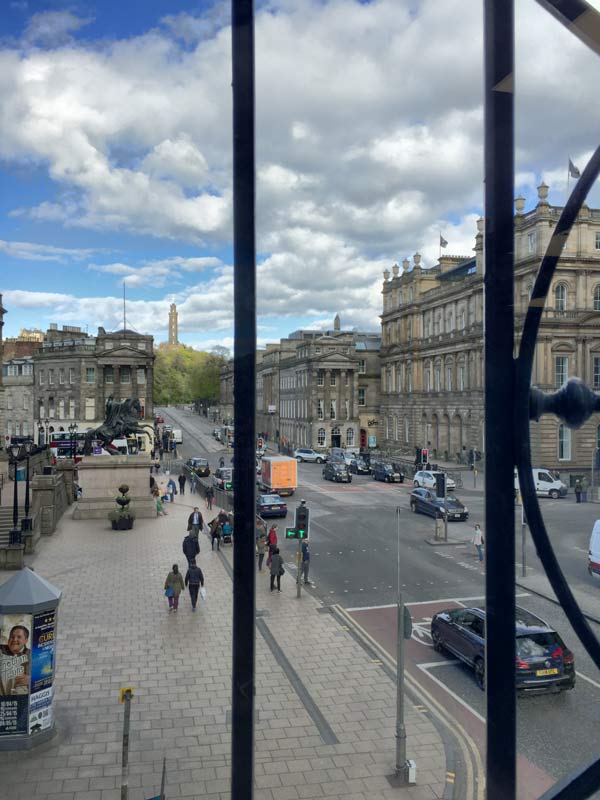 The National Monument of Scotland

Just a few yards away from the Nelson Monument on Calton Hill there is Edinburgh’s Folly, as it is popularly known.

It is The National Monument of Scotland, and is a memorial to the Scots who died fighting in the Napoleonic Wars. It was designed to be inspirational and, as you can see, it is modelled on the Greek Parthenon in Athens. But the project ran out of funds and this is all that was built. 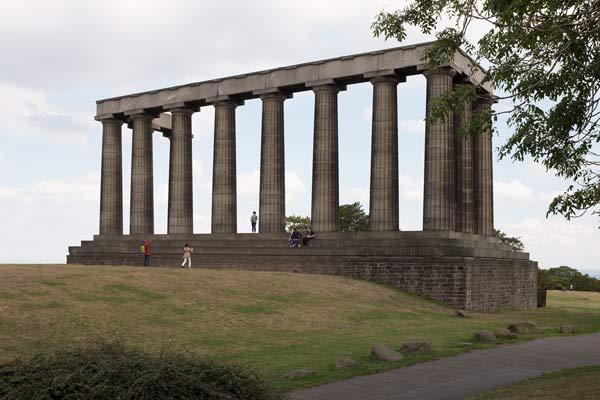 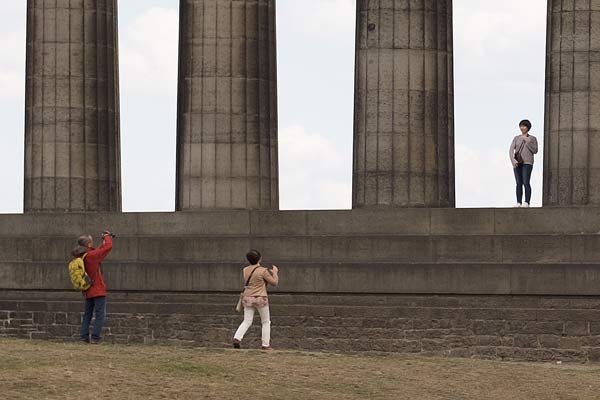 The Views From The Nelson Monument

Coming back to the Nelson Monument, here is the view from the viewing platform looking over Princes Street. On the left in the foreground is St. Andrew’s House. This is where the Government ministers and civil servants go about their business.

And on the left in the background you can see Edinburgh Castle. 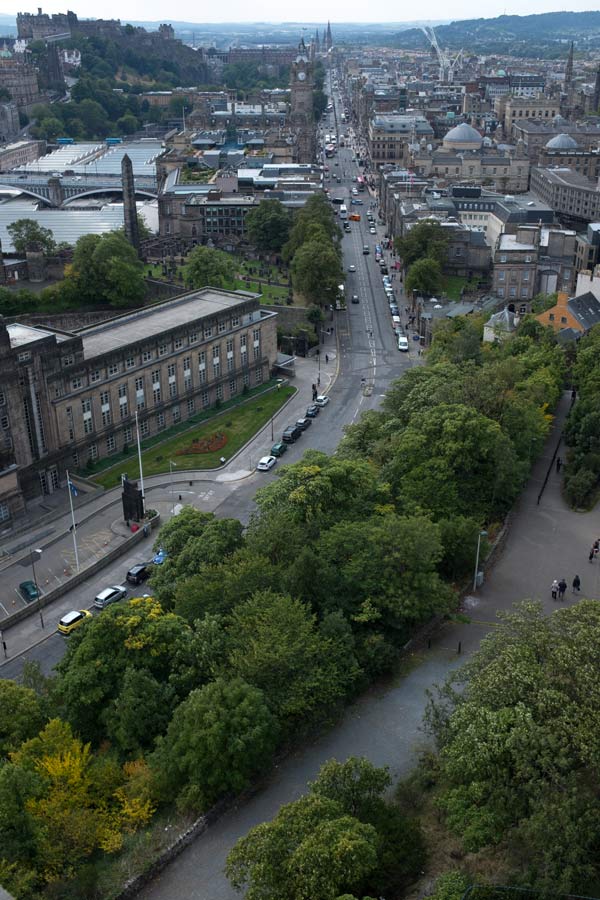 Coming around the viewing platform and looking further to the east, the scene is dominated by the outcrop known as Arthur’s Seat. And at the foot of the hill is Holyrood Palace and the Scottish Parliament.

Arthur’s Seat may have got its name from King Arthur, but there are other competing stories for how it got its name.

Wherever the hills got their name from, Arthur’s Seat and Edinburgh Castle actually sit on the rim of an ancient volcano that reached, according to estimates, several hundred feet higher than the remnants that exist today.

One view that I didn’t photograph, is around to the north and the further bank of the Forth estuary and the Forth Rail Bridge. I’ll save that for another visit. Not that you have to climb the Monument to see them. You can also see them simply standing on Calton Hill.

The Sketch Of The Nelson Monument

I used the Astropad app to sketch the image of the Nelson Monument. The app communicates between my laptop and my phone so that I can sketch in Photoshop on my laptop using a stylus on my iPhone.

Then I added the curly bracket and the text on my laptop, also in Photoshop, to produce the final image.